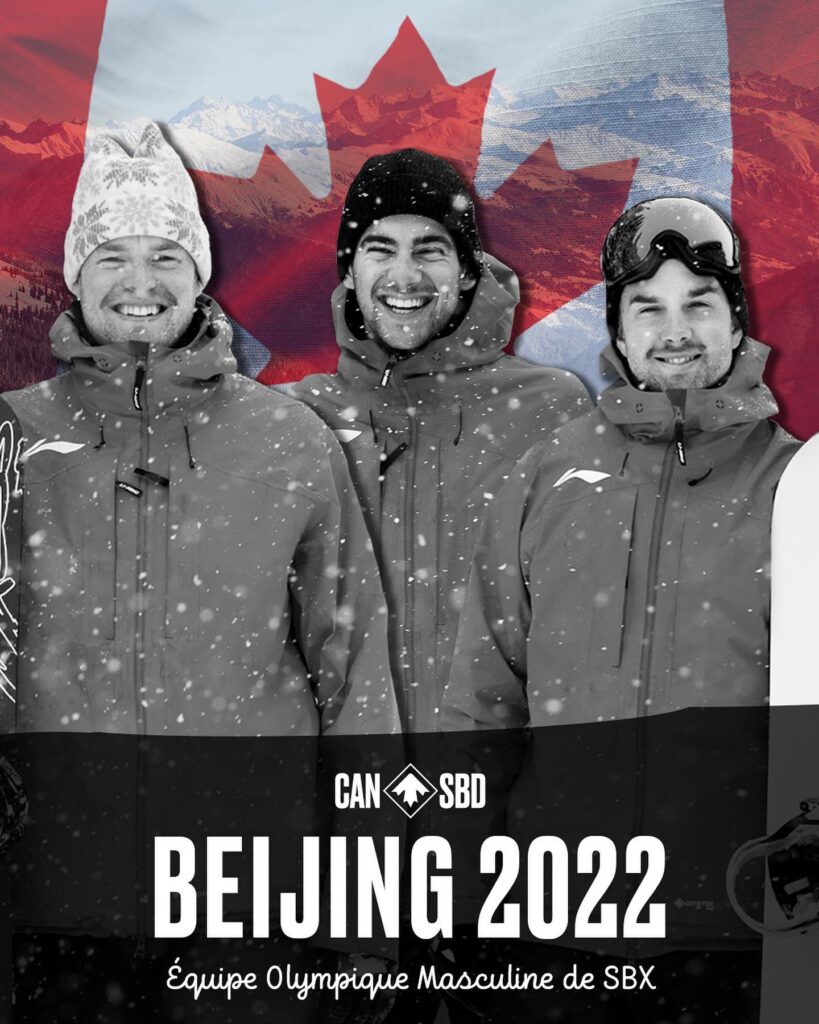 The athletes and coaches nominated are:

The 19 riders qualified for Team Canada based on their performances across the Olympic Qualification window.

The COVID-19 pandemic posed a challenge to the qualification series of World Cups and other major events. Some disciplines were forced to extend their international qualification window due to a large number of event cancellations whereas other disciplines remained as per usual.

“It doesn’t feel real yet,” said Brooke D’Hondt, who will make her Olympic debut. “I’m so grateful for this opportunity, and couldn’t be more excited to represent my country in Beijing!”

The Canadian slopestyle/big air team is one of the most formidable on the planet. Within the selection window, every single athlete was on the podium at a World Cup or X Games at least once.

“It’s definitely been a tricky qualification process. In years past, I had already qualified the year prior but then ran into some hiccups with injuries. And then this one, it’s been a lot of COVID issues and missed events, cancelled events. I’ve had some ups and downs this season, but I came through earlier in the year and was able to lock up my spot on the team. It feels good, battling the adversity as per usual.” – Mark McMorris

“I’m really happy, it seems like 2018 was yesterday and now it’s crazy that we’re already looking ahead to the next Olympics,” added Laurie Blouin. “I’m really happy to be able to ride, to have fun, that’s all that matters at the end of the day.”

Beyond podiums, the entire team has shown their potential, with all 19 athletes listed having hit a top-10 or better result in a World Cup or major international event.

Other notable stories include:

“Watching our team shine at the Olympic Winter Games will be a huge reward for everyone that has been a part of the struggle to get the team to Beijing against all odds,” said Canada Snowboard CEO Dustin Heise. “The strength, determination and stories of our team, combined with their potential for world leading performance, will inspire Canadians from coast-to-coast-to coast.”

“I am pleased to welcome the men and women who will represent our country in snowboard,” said Catriona Le May Doan, Team Canada’s Beijing 2022 Chef de Mission. “The excitement and thrill of these events are always a highlight. The Canadians have continued to be a force to be reckoned with on the international scene and we look forward to showcasing these athletes in Beijing as they challenge for the podium.”

Snowboard will take place February 5 to February 15 (Days 1 to 11) at the Genting Snow Park in Zhangjiakou and at the Big Air Shougang in Beijing.

Prior to being named to Team Canada, all nominations are subject to approval by the Canadian Olympic Committee’s Team Selection Committee following its receipt of nominations by all National Sport Organizations.