What is Long Term Athlete Development?

This is an invite-only program for elite provincial level athletes 13+ years old (freestyle) or 15+ years old (race disciplines) who are training to compete at the National and NorAm level. This program includes athletes training towards the Canada Winter Games. The goal is to consolidate training habits and introduce high performance excellence into a year-long program. NS Snowboard offers two separate Provincial Team Programs; Freestyle, and Race/ Speed. Each team trains three or more times a week on-snow from December-March and participates in summer development programs.

This program is a stepping stone to the Provincial Team. This program is for developing provincial level athletes who have shown strong results in provincial competition and are interested in traveling to National-level competition. These teams often train along side the Provincial Teams. The goal of the program is to develop training habits and begin to introduce sport science assistance and a year-long training program. NS Snowboard offers two separate Provincial Development Team Programs; Freestyle, and Race/ Speed. Each team trains twice a week on-snow from December-March and participates in summer development programs.

This program is offered through partner Snow Schools at resorts around the province.  The program is for athletes who are interested in competitive snowboarding to be introduced to competitions at the Provincial level, and receive higher end training from certified Canada Snowboard coaches.  More info can be found in our program explanations here. 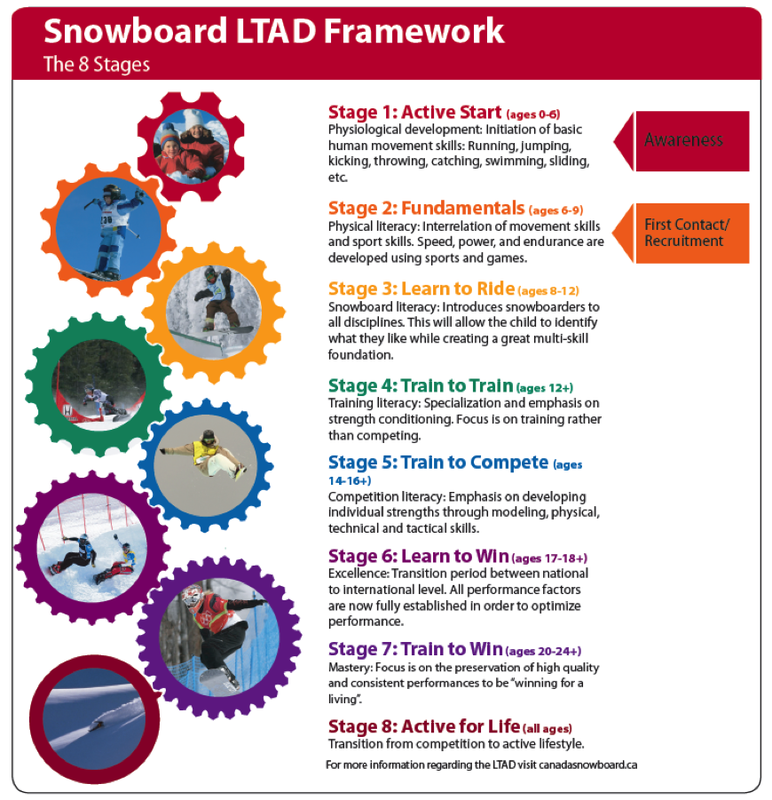