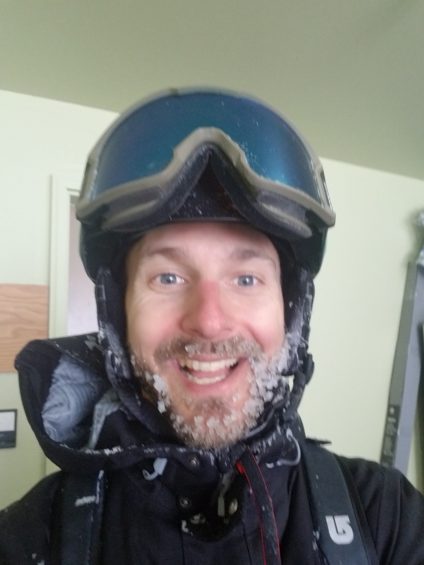 Kristin d’Eon started on snow when he was 5 years old with sking. He tried snowboarding when he was 10 years old because his sister tried it and couldn’t do it so he had to prove that he could and has never gone back. He started alpine racing when he was 13 and raced competitively until he was 23. He competed in 2 World Cups, 8 National Championships and podium at 2 NorAm Cups. Kristin is now giving back the the sport that he loves by coaching. Upon returning from training in Colorado Kristin coached the Martock Race team and in the 2011/2012 season started as Snowboard Nova Scotia’s Head Race coach and Technical Director. Since starting in his position at Snowboard Nova Scotia, Kristin has coached at three National Championships and the 2015 Canada Games in Prince George, where two of his riders won medals. Kristin was voted Coach of the Year for the Snowboard Association in 2011 and 2015 and was a finalist for Coach of the year at the 2015 Richo Sport awards.

Kristin is a Comp-Dev Advanced Certified Race Snowboard Coach and has his level I Trampoline Coach. He played competitive hockey, baseball and  football as a younger athlete before becoming a competitive snowboarder.